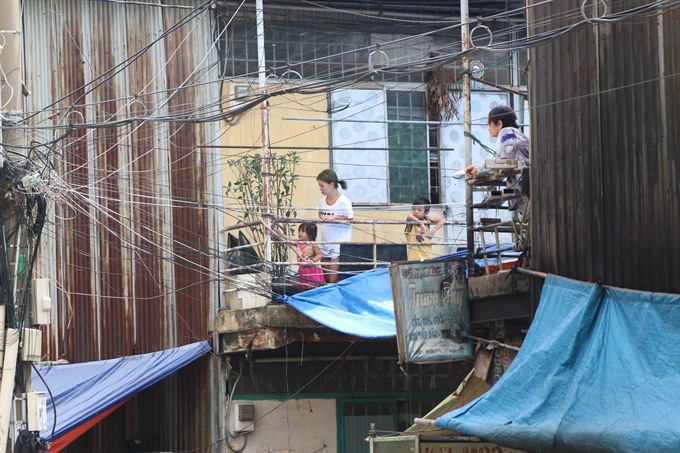 The HCM City-based Dai Quang Minh Real Estate Investment Corporation will use its own capital to build technical infrastructure (roads, lighting system, and electricity and water supply equipment, among others) without asking the city government to return the funding.

Speaking at a recent meeting with the management board of Thu Thiem New Urban Area project, Nguyen Thanh Phong, chairman of the People’s Committee, urged the District 2 authority to work with agencies to evaluate the designs of the technical infrastructure project and ensure road connections in the resettlement area.

The corporation will also use its own funds to build an administrative office in An Loi Dong Ward which will then hand it over to District 2 authority for management and operation without requiring the district authority to return the funding.

In addition, the city People’s Committee has also approved the adjustment of a project to develop a technical infrastructure network for the district’s northern residential area and a north-south arterial road according to the Build-Transfer (BT) model.

The project will add more items such as four more bridges, and will dredge canals, and dig central lakes and new canals.

The city People’s Committee also asked the Department of Planning and Investment to consider the proposal of the management board of Thu Thiem New Urban Area project to organise a bidding to select investors to implement a project to build an exhibition centre complex in the new urban area.

He has also asked the management board of the project to work with District 2 authority and agencies to advise the city government on capital sources for compensation and site clearance and investment in infrastructure construction in the Thu Thiem New Urban Area.

Phong has given approval for the use of the city’s State Budget to build two bridges on the N2 and N4 roads, which would create links and raise the value for auction of a land plot where a five-star urban resort will be built.

Approved by the Government in 1996, the proposed financial district and mixed-use urban area of HCM City is set to become the largest inner-city development in Southeast Asia.

To develop such a project, it has taken more than 10 years to complete site clearance of most of the Thu Thiem peninsula, with nearly 15,000 households already resettled.

More than 99 percent of land in the proposed area has been cleared.