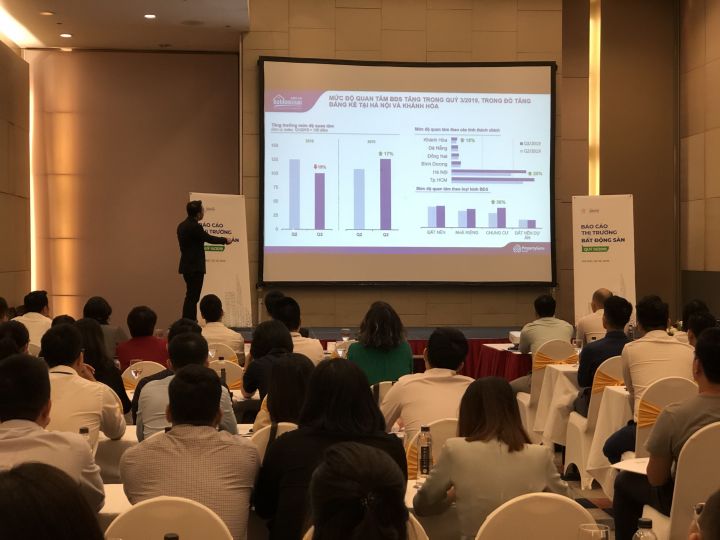 Batdongsan.com.vn’s quarterly report released on October 15 about the asking prices of apartments between Vietnam’s two biggest real estate markets, Hanoi and HCMC, shows that in Q3/2019, selling price and price growth in the apartment segment in the Southern city always went far beyond those in the capital city.

Specifically, the average asking price of HCMC apartments is 25% higher than Hanoi's. Comparing prices of apartments in central area of each city, the gap reached up to nearly 40%.

Besides, even at projects built in HCMC’s suburban district such as District 9, Binh Tan and Binh Chanh, the asking prices were also 20-25% higher than similar ones in Dong Anh, Ha Dong, Hoang Mai of Hanoi.

Not only in the apartment segment, the average growth rate of house and townhouse prices in HCMC was also higher than that in Hanoi. Regarding private house, the price increase in Hanoi was about 10%, while HCMC witnessed an increase of up to 26%. Townhouses in the Southern city also saw an average price increase of 12.6%, far exceeding the increase of 7.6% in Hanoi market. Prices of such houses in HCMC’s District 3 and District 5 rose from 13-18% over the same period last year, while those in Hanoi’s Ba Dinh and Hai Ba Trung only increased by 2-3%.

According to Mr. Nguyen Ngoc Hieu, Head of the Market Research Department at Batdongsan.com.vn, Ho Chi Minh City is more attractive than Hanoi in terms of selling price, rental price, rate of return, and profit margin due to it being the leading engine of economic development in the country, despite Hanoi’s economy developing.

He also pointed out that the openness of the economy in Ho Chi Minh City is greater, and as such most foreign companies coming to Vietnam choose the city for their representative office. “Real estate products in the city are more diverse than in Hanoi, while population growth in Ho Chi Minh City has continually increased over the years, attracting a large number of workers from all parts of the country as well as foreign experts,” he added.